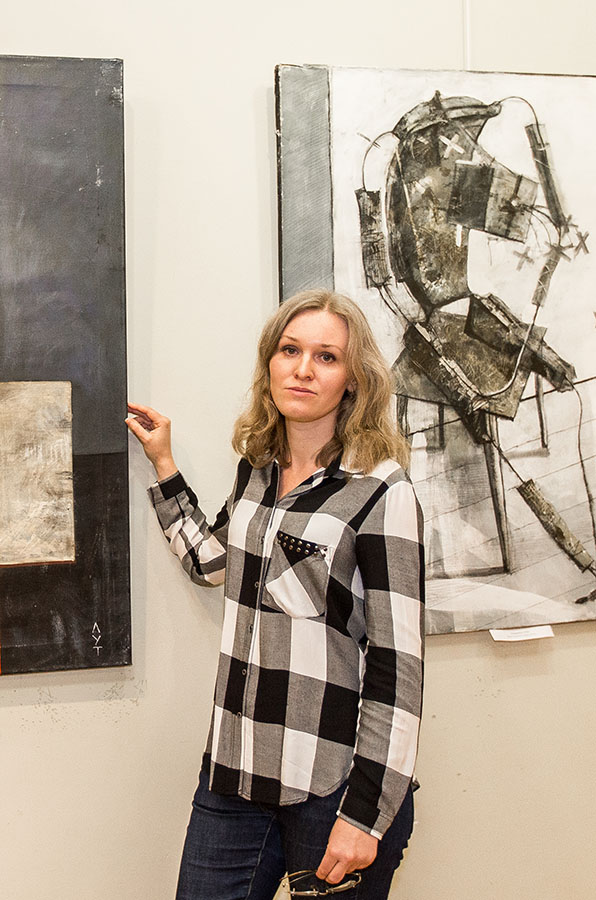 I am inspired by different things. Beautiful architecture, people, nature, of course, but often it is the simplest everyday things that can push on an interesting idea or a composite solution. Such as: reflection in a puddle, trees, shadows, wire, etc.

I am graduated from The Moscow State Academic Art Institute named after V.I. Surikov (Department of Monumental Art).

I am active participant of exhibitions. At thepresent time I am live and work in Rostov-on-Don. I am a teacher of drawing at the Academy of Architecture and Arts of the Southern Federal District of the Russian Federation.

In every picture I primarily interested in the composition — the precise organization in the canvas. My work — this vision of the world citizen of the city, which surrounds the regulated chaos. I try to find images that convey some idea of the emotional state and mood.

My artworks are in private collections in the USA, UK, Australia, Czech Republic and Russia.

Exhibition of the best artworks of students Moscow State Academic Art Institute named after V.I. Surikov. Administration of the President of the Russian Federation. Moscow 2009.

Exhibition «Restoration and creativity» in the hall of the International Arts Fund (Moscow 2009-2010 ).

Exhibition «The image of Russia» . British Embassy in Russia. Moscow 2007.
«Exhibition of Young Artists» of Moscow Union of Artists. Moscow 2007

The winner of the Moscow international painting competition «Russian Art Week.» Awarded 1st place in the foreign version of the jury. In the category of «Pro» category -competitive work «landscape», oil on canvas, 90×80 cm

Scholarship of the Ministry of Culture of the Russian Federation. Awarded to the best graduates of the Moscow State Academic Art Institute named after Surikov.